One thing I’ve learned about protest 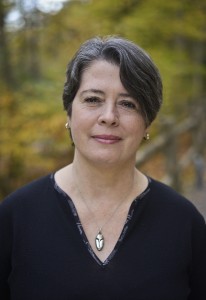 It’s been a challenging time for those who value compassion and inclusion.
If you’re distraught, I understand.

On Facebook, I’ve seen people name coping mechanisms, including: exercise, mac and cheese, time on the beach, therapy, and protest. I suspect others are coping by staying off Facebook altogether, maybe turning to community or prayer. I think all of those strategies have their merits, but want to share what I’ve learned about one of them: protest.

This week concludes my fifth and final year as board clerk of Earth Quaker Action Team. (I’m happily passing the torch to incoming co-clerks, Lina Blount and John Bergen.) So, amid the news of anguished, separated families and calls to protest, I’ve been reflecting on what I’ve learned leading this small band of effective and spiritually grounded activists. Frankly, I’ve learned a ton, but if there is one thing I want others to hear at this moment, it’s this:

Activism is like exercise. You can’t do it once and expect to lose 20 lbs. But if you do it regularly, it does make a difference!

Sounds simple, but before coming to EQAT I didn’t understand this, so I showed up to the occasional, big protest, usually in reaction to something that had already happened. Eventually I concluded that protest didn’t work and started staying home.That’s like only going to the gym the day after Thanksgiving and then rejecting exercise. What I learned from EQAT is that ongoing, focused action gets results.

For me, this understanding relates to being spiritually grounded–something prayer, community, and time on the beach can all help with. What’s the connection between persistence and spiritual grounding? When we are breathing deeply, when we are in touch with the Sacred, it’s easier to see what is ours to do, and what isn’t. We can reject the cycle of panic, frantic action, and collapse, which is neither healthy nor effective, and instead pick a path and stay on it awhile.

Don’t get me wrong–I’m not discouraging anyone from attending tomorrow’s national Families Belong Togetherprotests. I’m planning to go myself in my green EQAT t-shirt to highlight the connection between climate change and the immigration crisis. I think we need to make connections between the various issues and support each other’s work. But my hope is that this new round of mass mobilization will motivate people to find an ongoing place to make a difference on whatever issue speaks most deeply to them. In addition to being more effective, an ongoing group is more likely to offer a sense of community, another antidote to the type of political anxiety that can be paralyzing.

with love and hope,
Eileen