The View from the Future 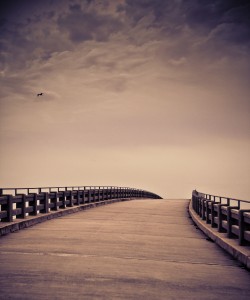 Do you ever wonder what it would be like to talk with someone from the future?

Last weekend I participated in an amazing exercise during the Earth Quaker Action Team annual board retreat. Our facilitator, BJ Star of Wildfire Project, split us into two groups. Six of us would be ourselves, living in these times. The other six would portray people from 200 years in the future, seven generations from now. They would be people who thought about our era as history and considered us their ancestors.

I had tears flowing down my face before BJ was halfway through setting up the exercise. The truth is, I’m not sure humanity will survive two hundred more years. Given the rate at which we are poisoning the water and air, given the recent UN climate report, which says we have twelve years to get off fossil fuels in order to avoid the most catastrophic predictions about climate change, given the fact that we are still so far from making the dramatic changes necessary, and still so divided in even the most basic definitions of a decent society—well, even an optimist like myself has moments of doubt. I let the tears flow.

Answering future people’s questions about these times reinforced my own calling to work for a more just, sustainable, and loving future, but the most memorable insight came from listening to their perspectives. They didn’t mention a single thing about the 2018 Midterms or who Tweeted what about 2020. They didn’t care about predictions or polls. They talked about how people cared for each other in the future, how they were still working to clean the water our generations had polluted, and how much gratitude they had for those of us in these times who had the courage to change humanity’s destructive and divisive course.

My tears flowed through the whole exercise, but I came away affirmed in my deep hope that what we do now does matter. What matters most is how people are coming together to work for a different kind of world. It matters that we tap our gifts and support each other in this work.

Some of that work will take the form of knocking on doors for candidates (as I did yesterday in Lancaster, PA, and as many of you did in various places). Some of it will take the form of nonviolent direct action campaigns that will challenge the status quo. Some of it will take other forms—building solidarity across difference, creating art, making our communities more welcoming, grounding ourselves in Love, which I’m increasingly convinced is the key to the whole thing.

Lots! While there were some important and encouraging things that happened in the US Midterms–especially the election of more women of color–the big picture is still the same. Like much of the world, the US is deeply polarized. Sexism, racism, and anti-Semitism, which never really went away, are growing in the open again. The 1% has too much power. The existence of future generations is not secured.

While I continue to work on a book about all of this, I am also starting to recruit for my next online course, Building a Nonviolent Direct Action Campaign, which will begin January 7. If you have already taken it, please help spread the word. If you haven’t, please ask yourself if you feel called to learn about one of the most effective methods of taking on the powers of destruction and division.

The future is counting on us.