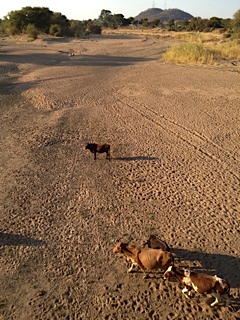 Exactly a year ago I jumped out of my rental car on a bridge in Francistown, Botswana and took this picture of the dry Shashe River bed, knowing that I’d use it in talks about climate change in Africa. It’s hard to believe it’s been a year since I landed in Botswana, and the anniversary is making me nostalgic for that trip and aware of all the stories and pictures I never shared on this blog. 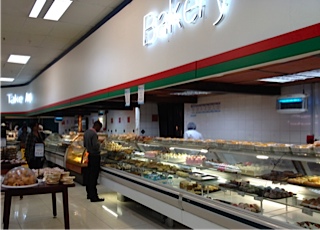 I have a good friend, a white American, whose husband is West African. When she saw this picture of a Botswana supermarket, she exclaimed, “Oh, thank you for taking this picture!” Like me, she is aware that Americans get most of their images of Africa from The Lion King and The Nature Channel, though Africa has changed much more quickly than our stereotypes of it. In fact, it was amazing to see how much Botswana had changed technologically. Friends who didn’t have running water or electricity twenty-five years earlier, all have it now, though writing about climate change also made me aware of the costs of development. In my old village, everyone now has flush toilets, though the village runs out of water for days at a time. 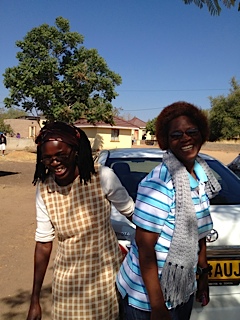 One thing that felt the same was the African expression of ubuntu, the concept that our humanity is formed in relation to other people. I experienced wonderful hospitality in both South Africa and Botswana, from both old friends and new acquaintances. One effect of the trip was that I came home wanting to be a more generous person. That’s going so-so, though the picture to the lower right captures a moment when I pulled it off. My old friend Mmadithapelo (on right in the picture on the left) had mentioned on the phone that her son Mopati 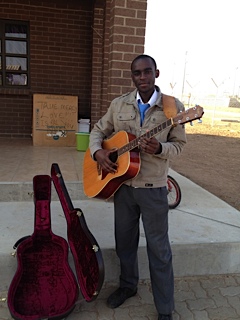 was a great musician but that his guitar had broken when it fell off a truck. That night, my husband Tom mentioned that he knew someone who was giving away a really good guitar and wanted it to go to someone who would appreciate it. The schlep through three airports was totally worth it for this moment of seeing Mopati with his new guitar, especially when some of his friends came up and starting singing along as he played.

I was struck by how ubuntu seemed to shape many policies of the Botswana government, which has used much of its diamond revenue on behalf of the people, whereas South Africa’s vast wealth has always stayed in a relatively few hands, a legacy of apartheid and the colonialism that led to it. The difference in housing seemed to capture the difference. The picture to the left is a typical but modest home in Botswana. The one to the right is a type of home I saw in every South African town I visited, and one of the images that has stayed with me most strongly. 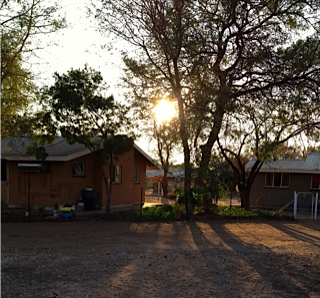 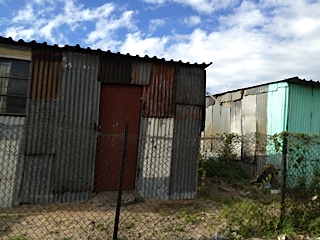 Part of the reason I haven’t blogged more this year is that I came home inspired to work harder at both my activism and my writing. More about my trip and how it has affected me has been published in other places: Friends Journal, Science of Mind, Waging Nonviolence, and a soon to be published piece in Christian Century. Some of the stories are also part of a forthcoming book. Looking back a year later I feel tremendous gratitude for the experience and all it’s birthed.