Note: This post was written July 26, 2021 and posted here belatedly.

The Enbridge drill arrived as I was hugging people goodbye at the Red Lake Treaty Camp. After ten days there — swimming in the beautiful Red Lake River and building community with people determined to protect it — it was heartbreaking to see the long trucks pull into the  worksite next door, knowing that they planned to blast through the Earth to install the Line 3 Pipeline under the river. It was yet another violation of Indigenous treaty rights, which give the people of the Red Lake Nation the right to fish, hunt and perform ceremonies on this land, and to monitor what happens to it.

In addition to the treaty rights issue and the fact that this project is outrageously irresponsible in the face of climate change, the process of crossing 22 rivers is very destructive in and of itself. It uses a tremendous amount of water — 5 billion gallons of fresh water sucked from lakes and rivers across Minnesota in order to install an unnecessary and dangerous Canadian pipeline. There have already been accidents, including near the headwaters of the Mississippi where I swam the night before a toxic spill.

Knowing the lakes and rivers were already low from drought, that the clams had already died in droves from the heat, I wanted to stand with the water protectors, especially the Indigenous leaders from whom I’d learned so much. After all, the actions I’d taken while there had been in relative safety, and this seemed the moment to put my body on the line. A deeper voice reminded me of the reasons I’d planned to leave that day and told me I was meant to support this next phase from home. So, I delayed my departure long enough to offer a training in Nonviolent Direct Action to about 30 people at camp, and then headed out to catch my Wednesday morning flight. 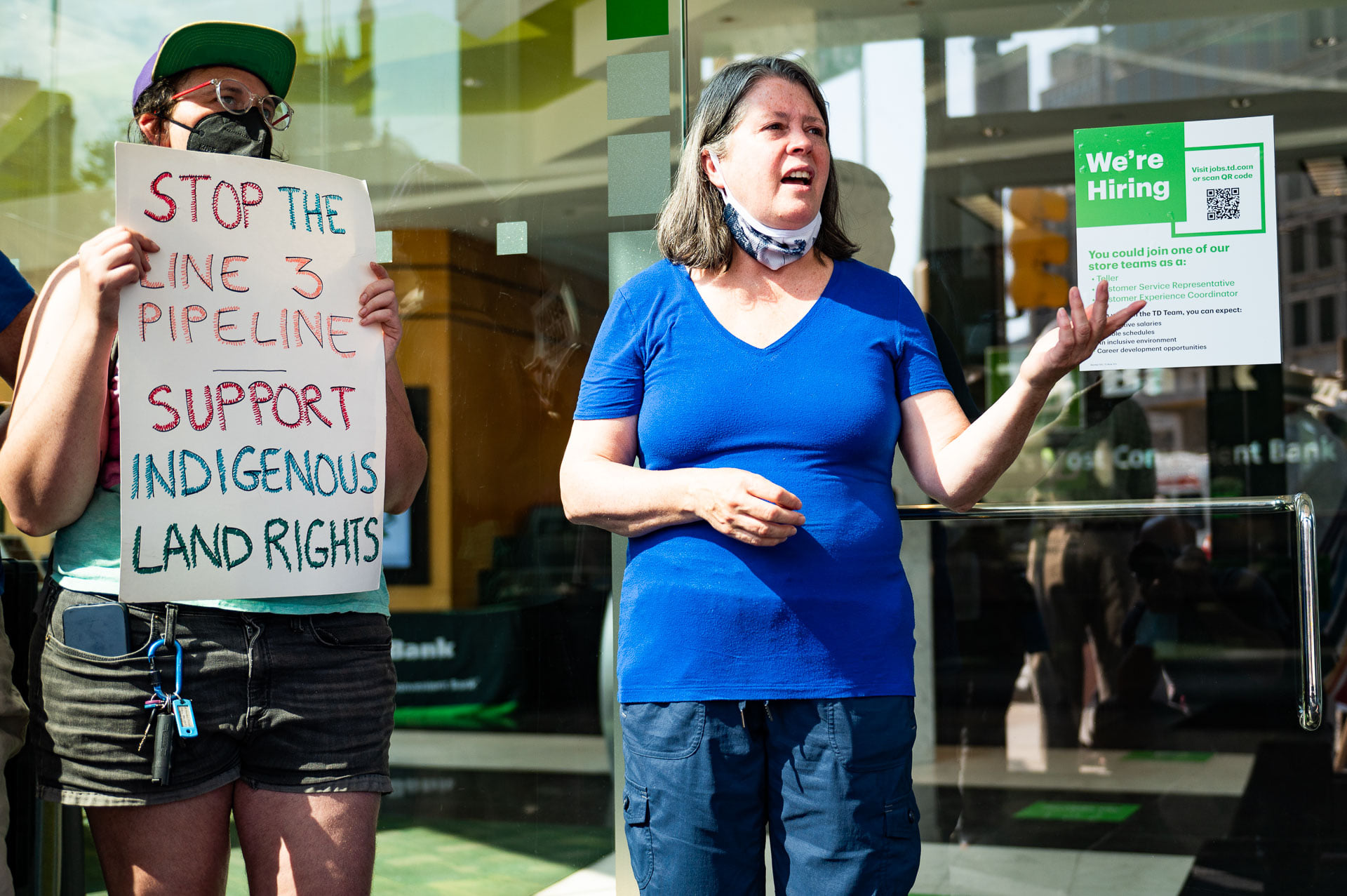 From the airport, I started fundraising for jail support (knowing that Minnesota counties have been setting outrageous bail amounts), and organizing a solidarity action in Philly for Friday. The idea was to try to raise awareness of what was happening at Red Lake Treaty Camp and Line 3 more broadly by risking arrest myself. I was moved by how many people jumped in to support me, and more importantly, the struggle against Line 3. Although we were not arrested in Philadelphia, as it happened, 22 people were arrested that same morning at Red Lake Treaty Camp while engaging in a spiritual ceremony. I cried watching video of the violent arrests, trying to pick out friends from the photos. Last I heard, they were being held through the weekend.

I learned much more in Northern Minnesota than I can fit in a newsletter or blog post, so stay tuned.