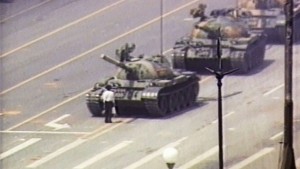 I’ve been thinking a lot about courage, especially the fact that we need more of it these days. I’ve been paying attention to what makes me feel scared and what makes me feel brave, and trying to do more of the later. As I mentioned in my last blog post, community is key for me. So is focusing on the big picture.

This morning, there were several news stories that reminded me of the big picture, the long game, if you will. First was the fact that this is the hundredth anniversary of Congress passing the 19th Amendment. Frankly, I’m still annoyed that neither of my children learned in school about the amazingly brave women that won women the right to vote, some through civil disobedience, including hunger strikes, which I’ve got to say is way harder than anything I’ve ever done. This movement is worthy of study for many inspiring reasons, but also for the shameful fact that white women leaders excluded their sisters of color, many of whom didn’t get to exercise the right to vote until the Civil Rights Movement took on racist voter suppression decades later. I think there are things for us to learn from both sides of this story.

Today is also the thirtieth anniversary of the crackdown on Chinese protesters, an example of public bravery that I actually remember seeing on television in 1989. The above scene of a protester facing down a tank in Tiananmen Square feels just a little closer to home, as we are experiencing our own quieter assault on free speech. Just this week, people in Louisiana (many of whom I know) led a five-day peaceful walk to their state capital to protest the extreme levels of toxic pollution they live with in a region known as “Cancer Alley,” which is often cited as a textbook case of environmental racism. The racially diverse marchers, some of whom were elderly, were denied a permit to walk across a bridge to get to the capital and were warned that if they did anyway, they could be charged with felonies, carrying a potential fifteen years in jail. Fifteen years for walking across a bridge.

This chilling example is part of a larger trend of criminalizing protest, and one of the reasons I want to be more courageous now before a law passes in my home state of Pennsylvania, where anti-protest legislation is being considered.

Another news story this morning was about the rise of white supremacist violence, and how white supremacists are not the people the government is cracking down on. I’ve been hearing fear about these developments from a lot of people lately, especially friends who are Jewish or African American. Trans people are also feeling demonized as their rights are rolled back. I know I’m more likely to get thrown in jail for my activism than for my identity, so it’s important for me to remember that for some people, the fear isn’t about what they might be called to do to defy injustice, but about what might be done to them just for existing.

This, of course, isn’t new, but the awareness of it is new to many. One of the lessons for me is the importance of staying in conversation with each other about these things, so we don’t just bury our heads in the sand. Also this morning, I heard on NPR a trans person (whose name I didn’t catch) saying that we have to see the connections between issues, like how repressive immigration policies have an especially harsh impact on trans people fleeing repression, even though we don’t normally think of immigration as a trans issue. What I heard in their comments was an invitation to learn from the mistakes of the early women’s movement and to be there for one another, which I know for myself is a great antidote to fear.

One of the things I’ve felt called to in the last few years has been helping people manage their fears—not to deny them, but to help us all be the most grounded, creative, and resilient change agents possible. That’s why I’m offering a free webinar on June 17, to share what I’m learning about

Please spread the word if you know folks who could benefit from this chance to connect with like-minded folks. And please

with love and encouragement,